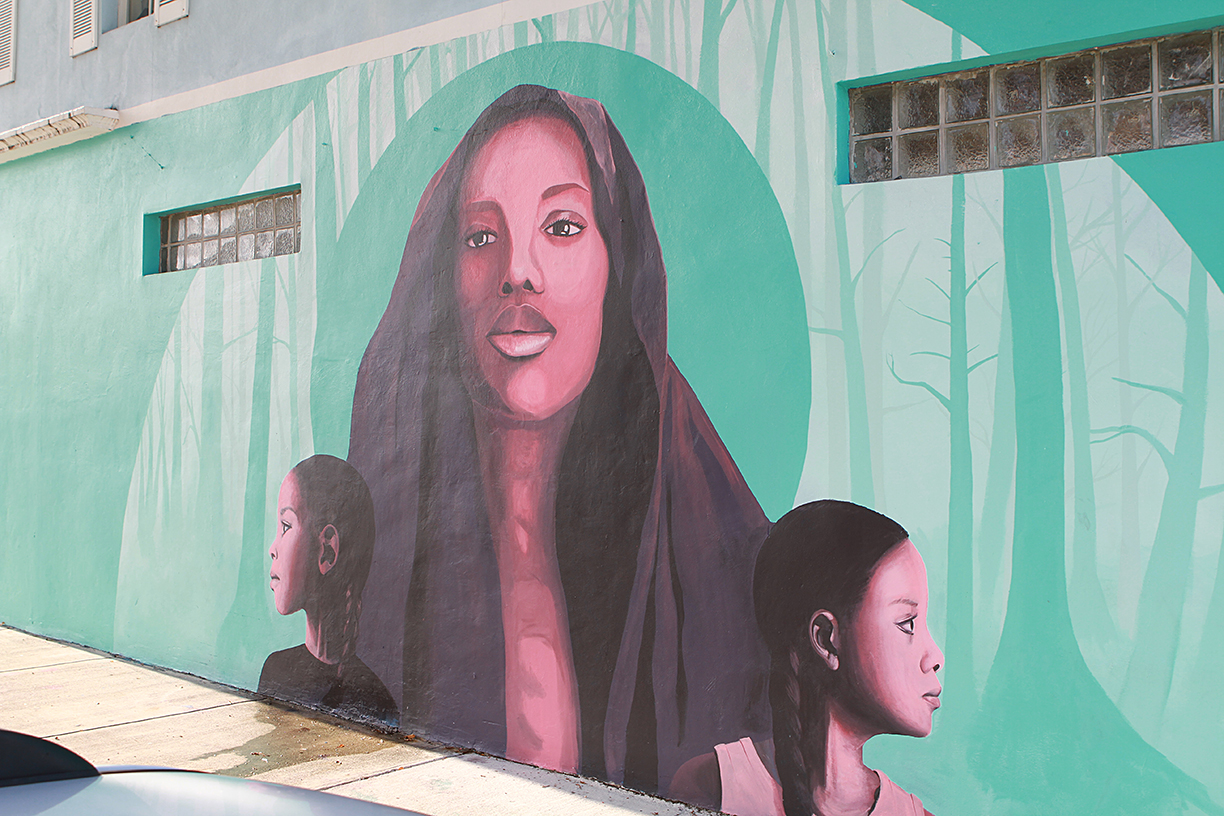 We were interviewed by The Miami Times regarding our mural artwork in Little Haiti Miami. Little Haiti is an area in Miami that is currently facing the edging and emerging interest by developers. Our mural was created in collaboration with a community organization seeking to highlight the areas culture of Haitan descendants. Below is a link to the full article and some excerpts from our interview. Enjoy!

Some say that Little Haiti is turning into an extended version of Wynwood. With its vibrant native culture, art and murals, and ethnic restaurants, this part of Lemon City is emulating many of the positive traits that abound in Wynwood. But all the positive attention in the neighborhood is enticing some unwanted attention from outside forces.

Much like what happened in Wynwood and its graffiti scene, big-brand developers salivate at the idea of using the desired, sturdy and vacant land of Little Haiti to establish a foundation and foster their vision of growth and development for the future.

Promises of change can impact the community in a negative way, and these residents, business owners and artists know it. Little Haiti has places that exhibit great art from many recognizable names that bring in tourist dollars. But that is countered by developers, whose goal is to renovate the area without accounting for the resident’s needs and culture.

Artists and proponents of art are using their voices and skills to consolidate community interests with developer’s plans of growth. Little Haiti is a lively place imbued with culture and artistic prominence. The community boasts many art studios and galleries, as well as dance classes, public markets and nighttime events. The warehouses, businesses and restaurants serve as canvasses that different artists use to beautify the neighborhoods with different aspects of Haitian and Caribbean culture and folklore. These murals were created by artists who want to improve the community by making art that reflects the roots of the residents therein.

The Color Dreamers is another set of artists who participated in the Little Haiti Mural Project. The duo consists of Ivette Cabrera, longtime Miami resident of Nicaraguan descent, and Amir Shakir, black and born in Louisiana, who’s been living in Miami for the last eight years. Together, they embrace the culture of Little Haiti and reflect it in their art, instead of making art for art’s sake.

“The process of making a mural in Little Haiti is delicate and has to be designed carefully, explained Cabrera. “If we put anything out there that doesn’t relate to their cultural identity, then we are going to change the identity of the whole community,” she said.
“We don’t see development as a negative thing,” Shakir said, “but, the people should know that they can be part of the development and make it about themselves and about the larger picture at the same time.”

Ofir, Delionis, The Color Dreamers and Rivera understand the importance of using art as a vehicle to cement a sense of identity and pride in a neighborhood and its people.