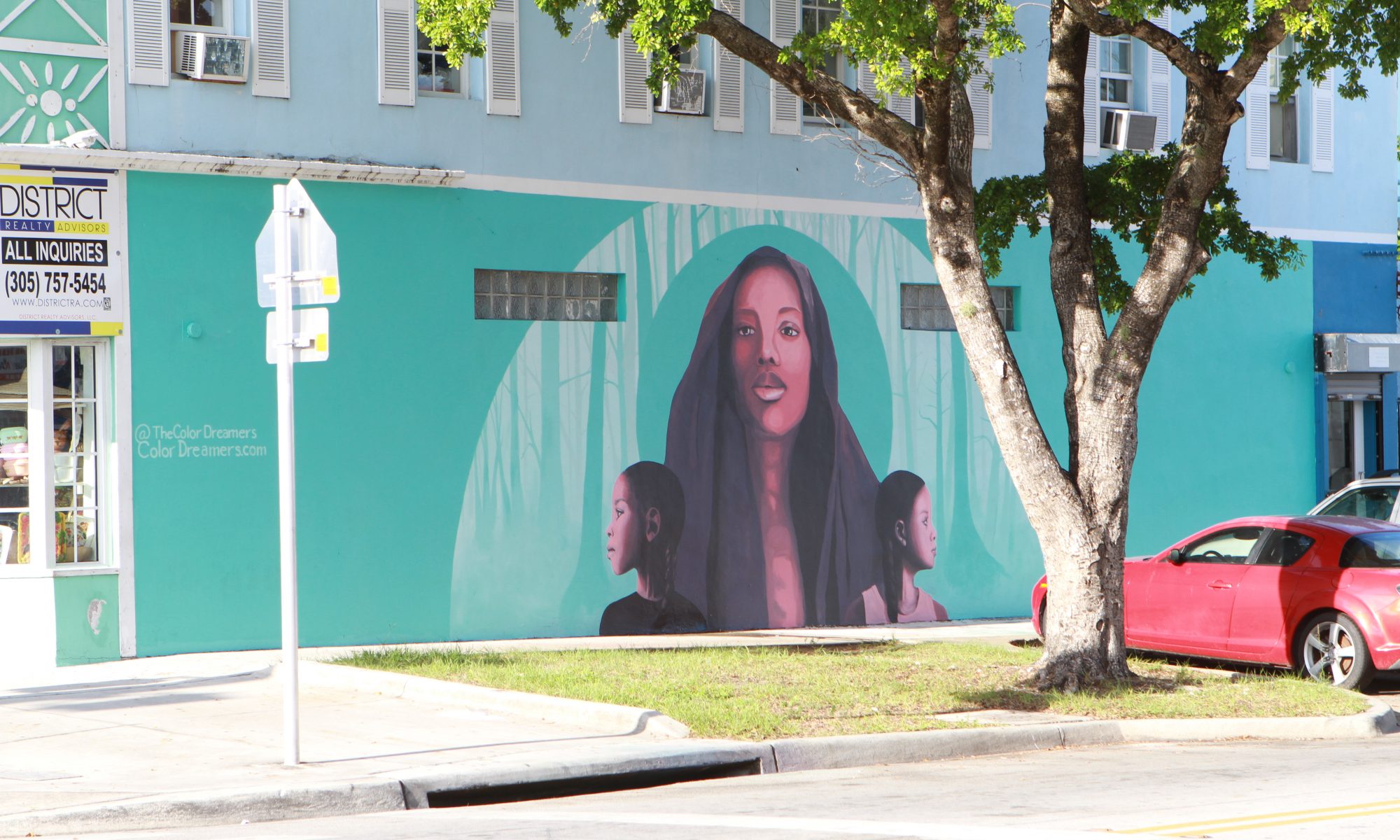 Wynwood resident artists and founder of Viophilia Ivette Cabrera and Amir Shakir aka Color Dreamers begin the process of creating a new mural in Little Haiti Miami for the community organization Little Haiti Mural Project curated by YoMiami. The concept of the artwork is based on the Haitian Saint Ezili Dantor who is considered the protector of children or the Black Madonna in Haitian Voodoo. She encompasses the spirit of motherhood and is considered a tough warrior who honors honesty, vulnerability and hard work.
“We believe in the power of the Haitian people to stand strong and united. The culture is very diverse and has an amazing history of being the first nation to abolish slavery by organizing a slave revolt against French colonial dominance. In modern day, we can see the trickled effects as the Haitian community is slowly beginning to be overrun by developers closing in on the area. Our message was to create mural that represents strength and awaken the warrior spirit within the Haitian community to fight gentrification by others. We hope to have a lasting impression on all those that visit the area. We encourage visitors to respect and honor the Haitian traditions and help support locally Haitian owned businesses.” 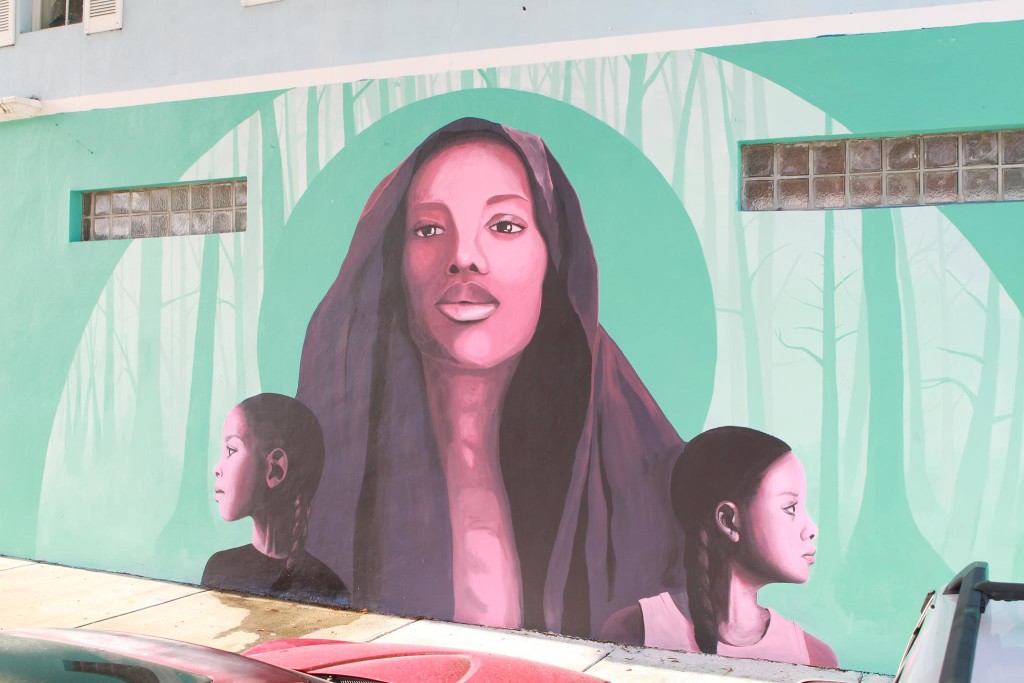